A dogs eyesight- How dogs see this world

It is no surprise to anyone that dogs do not quite see the world as clearly as humans do, although many people have misconceptions about this topic. So how do dogs actually see the world? Let’s talk a little bit more about your dogs eyesight and their other senses.

All living beings have senses.

Humans, generally, believe what they see, unlike dogs, who rely on other senses more.

Contrary to popular belief, a dogs eyesight is not just black and white, however, to them, the world is not as clear as it is to humans; their vision is often hazy and blurry.

Dogs struggle to distinguish colours, especially when it comes to red and green, these, to them, appear to be different shades of grey.

The sense of smell is one of the most important senses dogs have and plays a key role in how they perceive the world.

Due to their 220 million olfactory receptors, dogs can use the scent of things to understand their environment as well as humans and animals, as everyone and everything has a particular smell.

Unlike dogs, humans only have 5 million olfactory receptors, just for scale.

Through the sense of smell, dogs gain a perspective of what is around them, so, when they enter a new area or region they’ve never smelled before, chances are they’ll be running all over the place trying to get a sense of what it’s like and if it poses a threat.

At Aussie Pooch Mobile, we are always patient with your dog when introducing them to our mobile hydrobath for the first time. This is because the scent of new spaces, at times, can be overwhelming for your dog.

Similar to their sense of smell, a dog’s sense of hearing is almost twice as good as that on a human.

Because of this, throughout history, they have been amazing hunters and they can now take advantage of this ability to alert you if any danger is nearby long before you hear anything.

Due to the higher sensitivity to noise, dogs can be much more active and alert, especially during thunderstorms or celebrations where you can hear fireworks outside.

Body language plays a key role when confronting dogs, as even the smoothest and smallest action you make with your body can seem dangerous or threatening to a dog. This is especially relevant if he is exposed to new people who are, from his perspective, very unpredictable. Our mobile dog wash groomers all undertake extensive training to learn how to best interact with your dog to help them feel calm and at ease. It also helps that we all adore dogs too!!

The way a dog sees and interacts with the world is very different from the way we humans see and interact with the world. Even if our dogs eyesight is not perfect, they make up for it by having advanced smell, hearing and movement senses. 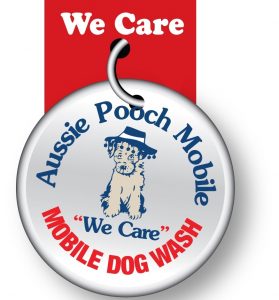